What is Hydroxyl Radicals(OH)?
OH radical, a natural cleansing material, is made in two processes. The first takes place in the stratosphere where high temperatures, high UV energy, and high ozone work together. In this case, a high concentration of OH radicals is created and it disinfects various natural pollutants on earth.

Second, it occurs when vegetable oil (terpene) discharged from natural plants meets a little amount of ozone present in nature; this is one of the reasons why you feel refreshed in a forest.

OH radical is a natural purifying material, has a strong oxidation power, and purifies the atmosphere by itself. In the case of multicellular organisms, it is difficult for OH radicals to enter their systems due to the enzyme mechanism, and for this reason, it is harmless to the human body. The OH radical density in the general atmosphere is 200,000 - 8,000,000 pieces/cc.

OH Radical Technology of Wellis
Wellis Air Purifier is a 'Indoor Air Quality Solution' is completely different from the existing filter type air purifier. Wellis' natural air purification method was used as a military defense technology in Europe and a pilot product has been used in European hospitals since the 1990s and then Wellis have successfully done a mass production for distribution. It is the world's only air sterilization technology that generates OH radicals by reacting a little amount of ozone (O3) with terpene oil in the cartridge. Wellis Air Purifier generates OH radical approx.. 8,000,000 pieces/cc continuously.

OH Radical Technology of Wellis
A mechanism is required to successfully sterilize bacteria and viruses. The OH radicals are highly reactive, therefore they combine quickly with bacteria and viruses, and at the same time, they take away the H atoms and incapacitate them in the process of binding. Along with OH radicals, F (fluorine), O3 (ozone), and H2O2 (hydrogen peroxide) have such reactions, but these possess toxic substances. On the other hand, OH radicals are harmless yet still have high reactivity. In the case of noxious gases such as VOC, OH radicals remove these gases through a series of reactions, whereas bacteria and viruses are neutralized through a single reaction. The oxidation reaction of OH radicals is 1 billion times faster and more than 13 times more effective than that of ozone.

The Mechanism of Disinfection
The OH radicals steal hydrogen (H) from proteins on the bacteria’s surface, breaking down the proteins. The combining of an OH radical with hydrogen (H) creates water (H2O), which returns to the air. Therefore, a key notion in this disinfection technology is creating naturally formed OH radicals artificially.

3. As a result of the efficacy test on OH radicals, it was found to remove mold, VOC and ethylene. 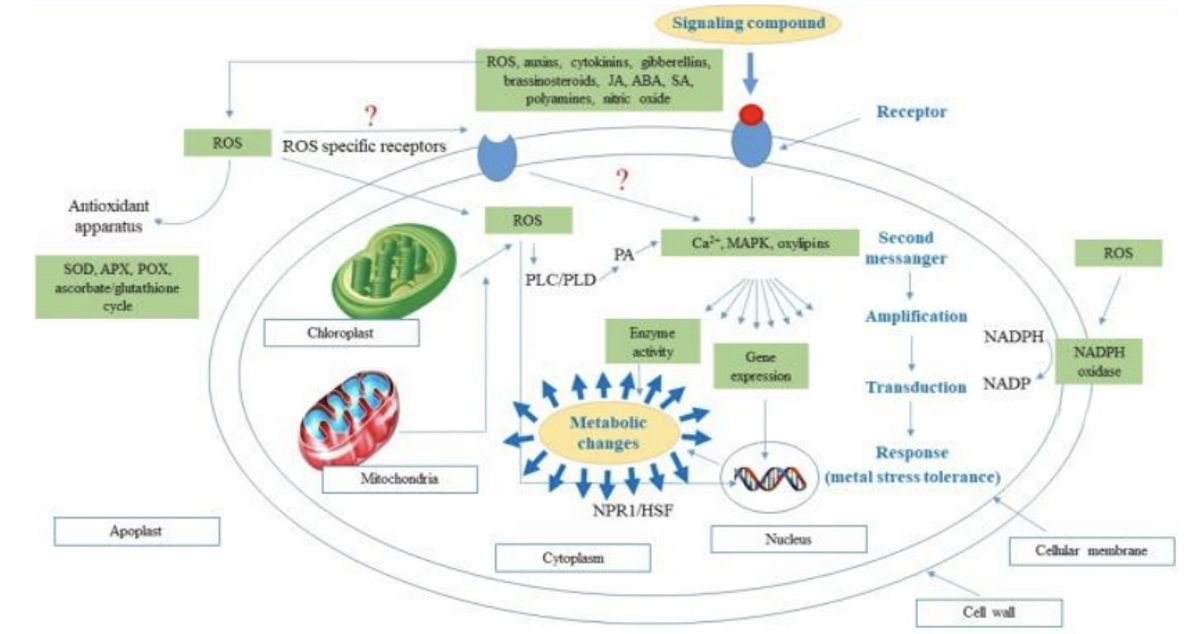 Figure. Outlining the transmission and transduction of signals in plant cells

As shown in the above test results, OH radicals help products maintain freshness and nutrients by removing ethylene and fungi caused by the decay of fruits and vegetables. In addition, OH radicals prevent the accumulation of toxic substances by decomposing toxic intermediate products. 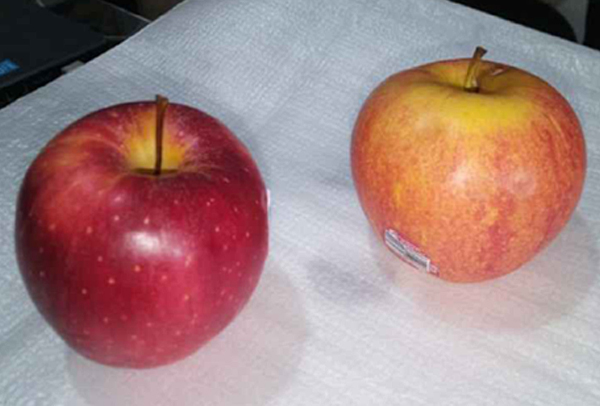 The apple on the left is shown after cultivation in the storage warehouse with the Wellisair product 2 weeks later.
On the right apple was stored with the Wellis product for one week, and another one week, it was stored without the Wellisair.
The experiment was conducted in a warehouse under the same conditions, and the left apple maintained almost the same freshness even though two weeks had elapsed, and the right apple was shown to be less fresh when viewed in color and soft when touched.
It is proved that the freshness of fruits is maintained for a long time as OH radicals remove ethylene (gas) that affects ripening of fruits. 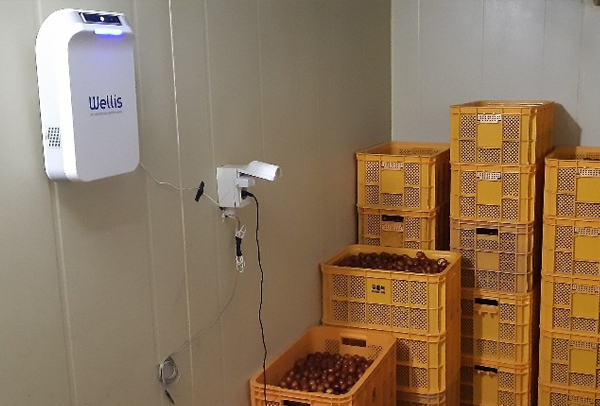 Raw jujube after 7-10 days of storage in a low-temperature warehouse is deteriorated by various germs such as mold, and its marketability as raw jujube is degraded, and it is dried and sold as dried jujube.
But when checked two weeks after installing Wellisair product, there are almost no infection of fungi and freshness was maintained.
When I pressed the raw jujube, it is almost the same as the one which was just started storing in a low temperature warehouse.
It was surprising that the freshness was maintained without decay caused by mold, even after the general cold storage period (7-10 days), and it seems to be very helpful to many farmers.